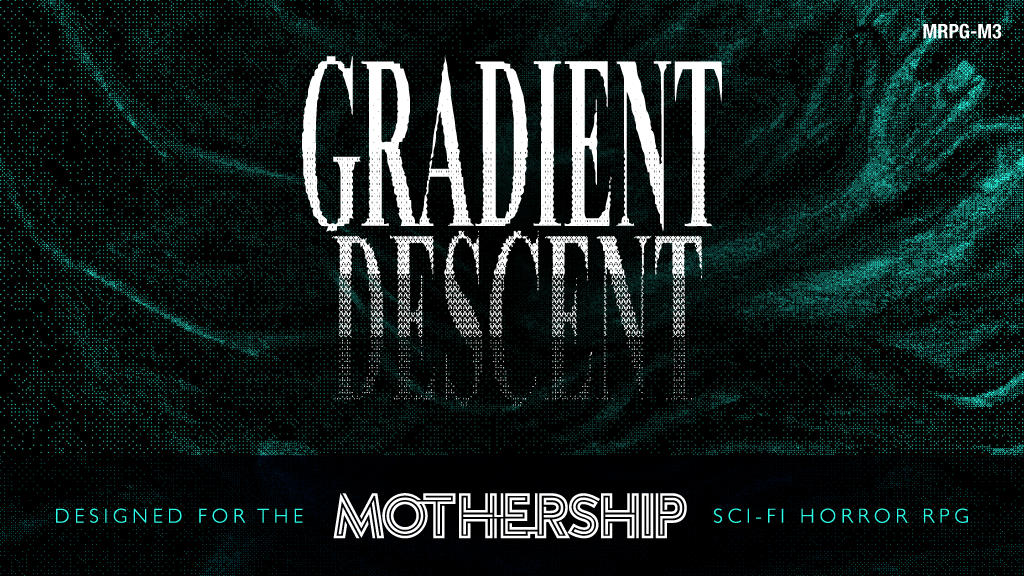 Hope you're all doing well. It's been a crazy few weeks. We're trucking right along still, but right up front we think we'll need to delay for about a month. Layout is about 90% done but we need a decent chunk of time to edit because the module is so complex, and my personal productivity was hit pretty hard a couple of weeks ago. That being said, we're moving along at a good clip now and I'm hoping to wrap up layout in the next week or two and then start the editing process in earnest.

Part of what hit my productivity so hard was that amidst COVID and the Black Lives Matter protests, I felt very out of control and like I had no ability to make a difference. I was locked in my house, taking care of my family, but I wasn't out anywhere helping. About ten days ago the moderators on the Mothership discord were approached with a question: could someone post up a request to get some help on an RPG book for charity. I said yes and didn't really expect much to come out of it.

Then I started helping out a little bit with the team. They were working on a book called Dissident Whispers and they wanted to put together as many one-spread rpg adventures as they could over the next few weeks in order to raise bail money for the Black Lives Matter movement. This was something I actually could help with. And so I, along with over fifty other members of the rpg community from the biggest pros to the most casual hobbyists, threw everything we had at this project, called in all favors, and worked our butts off to put together the coolest book of adventures we could.

Last night we finished it and today we're selling it. All proceeds go to the National Bail Fund Network. Not only am I proud to have been apart of this, I'm particularly proud of the Mothership community who showed up in mass to put together 11 amazing adventures for this book, including one by Alan Gerding, his first official Mothership release (and a really really good one).

You can pre-order a physical copy + pdf on our website.

Or you can buy the pdf only straight from itch.io or drivethrurpg. It's currently the number 1 best seller on DriveThru. As of this writing, after only 6 hours we've raised $15,000. That's incredible.

Again, I'm sorry for the delay, but I feel like we have a fire under us now and we're definitely on the downhill slope. We appreciate your support and your patience.